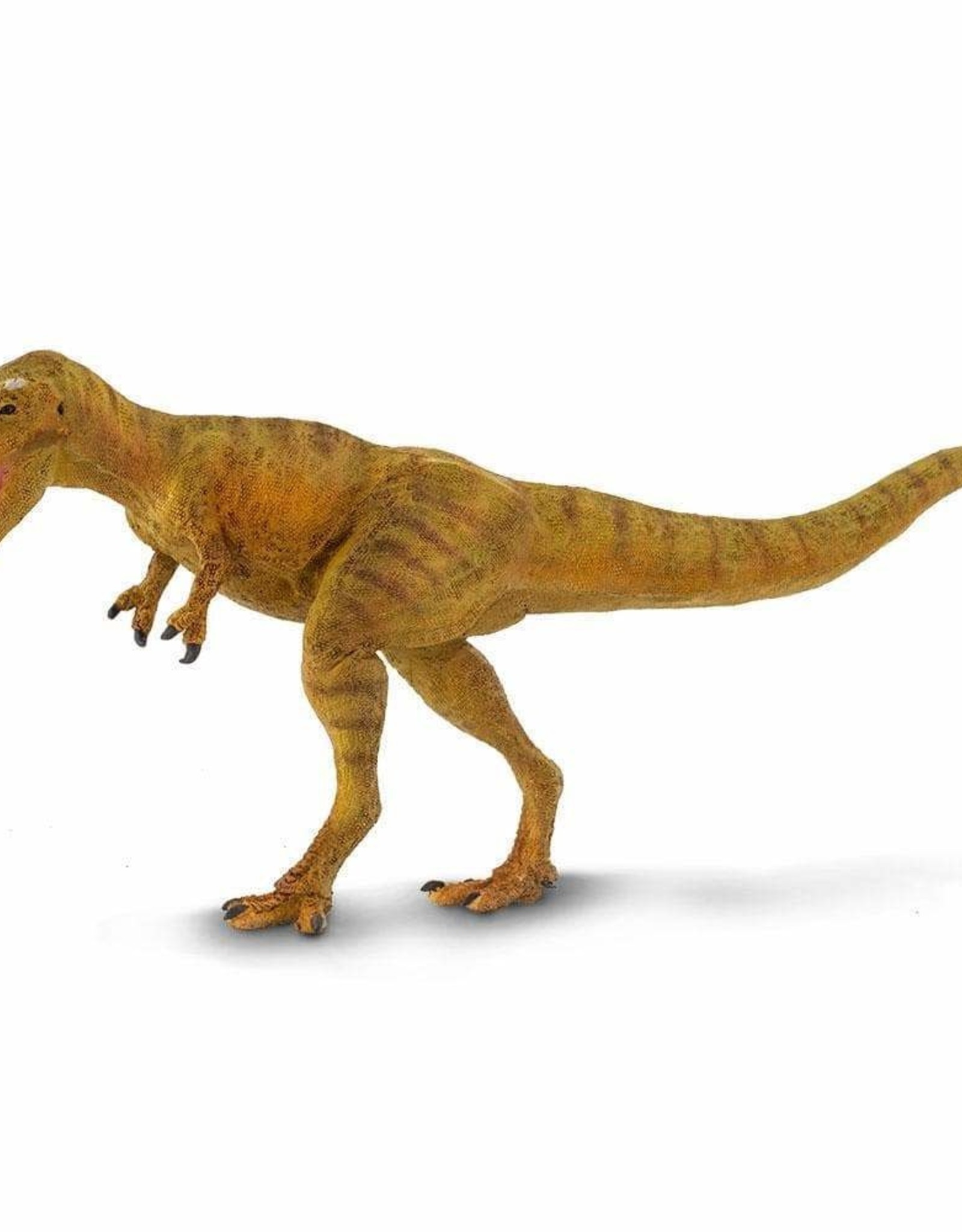 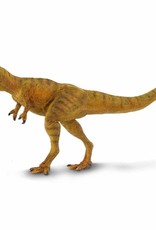 Qianzhousaurus has been nicknamed "Pinocchio Rex" due to its long and slender snout. It could reach a length of nearly 30 feet long and was a smaller relative of Tyrannosaurus rex.

Qianzhousaurus was discovered in China in 2014. While many dinosaur fans know Tyrannosaurus rex, there were many other dinosaurs in the Tyrannosauridae family. While some were as large and bulky as T. rex, others were smaller and slenderer, like Qianzhousaurus.

The longer snouted tyrannosaurs likely occupied a different ecological role than their larger cousins. Its build is slim, with the slender snout that gave it the nickname Pinocchio Rex. This dino is in a walking pose with its mouth open.

The Qianzhousaurus toy figure is about 9 ½ inches long and about 3 ½ inches high, about the size of a pair of scissors. Non-toxic and BPA free.