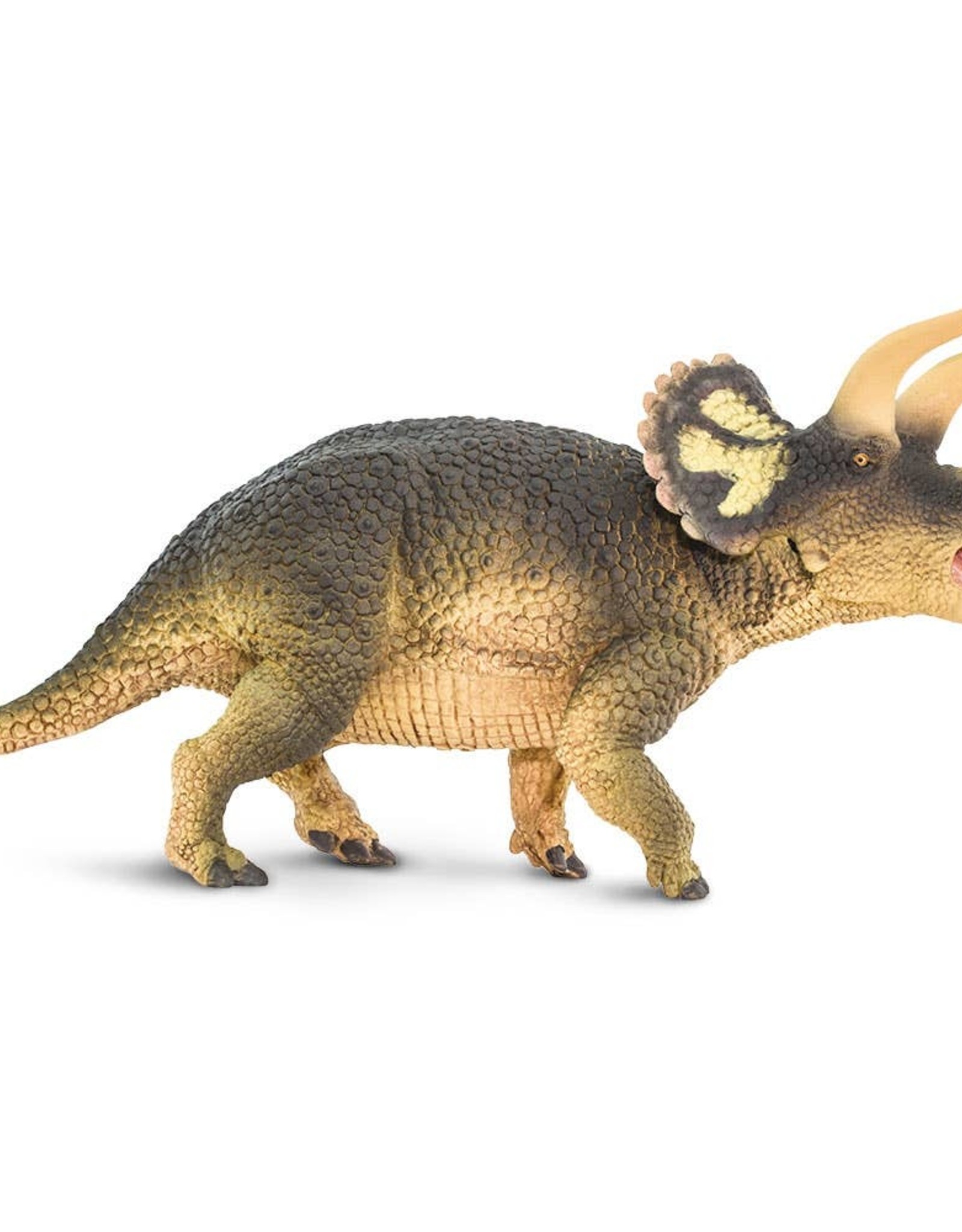 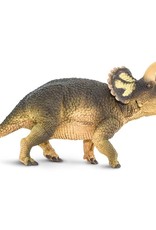 Triceratops was one of the last non-bird dinosaurs, living right up until the extinction event that occurred at the end of the Cretaceous Period around 66 million years ago. Since its discovery in 1889, numerous remains have been found including complete skeletons, making this one of the most well-known and understood dinosaurs. Examples of young, middle-aged, and older Triceratops have been discovered.

This Triceratops toy is rearing its head up, perhaps to brandish its formidable horns at a predator. This figure is full of scaly details and scientifically accurate features, including its horns, beak, frill, stocky body, and short tail.

This Triceratops toy is 7 ¾ inches long and 4 ¼ inches tall at the tip of its horns.  Non-toxic and BPA free.